Third Inland Water Transport Project, IWT-III Bangladesh
In 1994 DEMAS provided for the Third Inland Water Transport Project, IWT-III in Bangladesh a Plant Manager and an Operational Manager, to investigate the Bangladesh Inland Water Transport Authority (BIWTA) organisation, the dredging operations and the maintenance of the equipment and to transfer some of the latest technology in dredging. Experts prepared two inception reports on the need of further assistance.
Two separate Advisory Reports were presented, one on survey and dredging operations procedures and one report on equipment modification, maintenance and spare part procurement.
From 1997 to 2000 DEMAS providedat regular time intervals an operational dredging consultant to review the work of production of the dredges of the BIWTA. The assessment of volumes and working methods was required by the World Bank to satisfy compliance with World Bank Loan conditions.
Download project sheet 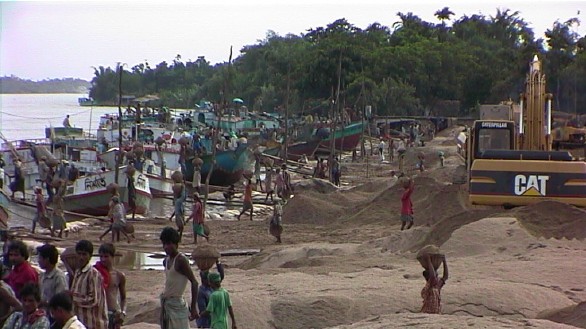 DEMAS's consultants act as engineers representative on a landfill for the development of a cement plant for Lafarge Surma Cement Ltd. With a team of one Dutch and six Bangladeshi supervisors the quality of the work and the compliance to the contract are guarded. The design and engineering conducted with the assistance of others is implemented.
Download project sheet

Phulbari Coal Project, channel improvement / dredging study
The study by DEMAS is to design a shipping channel through the Outer Bar in the Approach to the Pussur River to provide sufficient depth for a Panamax size coal ships to sail to the Bay of Bengal making use of the tide.
The design takes into consideration the sediment to be dredged, the tidal help when sailing through the 40 km long channel through the Outer Bar, with a change in tide during the sailing through the channel, the wave and current conditions, the speed of the ships and the tidal window that is to be used.
Download project sheet
Top

Dredging, Reclamation and Shoreline Protection Works for Bandar Seef Development, Busayteen and West Hidd Reclamation
DEMAS provided a dredging consultant to advise and support for the reclamation for two housing development, one near Busayteen and one near West Hidd. It included the supply and construction of shoreline protection at the outer perimeters. This included planning, liaison for the Main Contractor with both Resident Engineer and Dredging Subcontractors on technical matters and advising the Main Contractor on the use and suitability of plant proposed for the project.
Download project sheet
Top


Dredging study and advise on marine borrow areas
From 1990 till 1997 DEMAS assessed the dredgeability of Marine Fill Resources for the reclamation of vast areas in Hong Kong and assisted the Fill Management Division (FMD) of the Geotechnical Engineering Office (GEO) of the Civil Engineering Department (CED) of the Hong Kong Government.
DEMAS assisted in the supervision of a large scale bore campaign in the Eastern Waters of Hong Kong. The DEMAS team worked in close co-operation with the geologists of the GEO to provide the results of the site investigation and to assess the dredgeability of the Marine Borrow Area (MBA). The environmental impact of dredging was an important issue whilst allocating new borrow areas for marine fill.
A major site investigation was carried out in Chinese waters east of Wailingding and Sanmen Islands and west of Tuoning by CED. Sand reserve assessments were carried out to establish future potential supplies for several major new reclamation projects currently under consideration in Hong Kong where vast quantities of suitable marine fill materials are still required.
DEMAS provided the dredging process input for the Environmental Impact Assessment for a number of marine borrow areas. Plume Tests were executed for the GEO to quantify the overflow of trailing suction hopper dredgers during the exploitation of MBA's and to monitor the dispersion of the plume resulting from the suspended solids entering the water through the overflow.
As an issue of marine safety in the congested navigational channels around Hong Kong, a study was carried out into the feasibility of transhipment of sand dredged from the Pearl River Estuary from small Chinese sand barges to larger vessels.
Due to the close proximity of corals to the allocated dredging areas at East Po Toi a comprehensive on-site environmental monitoring plan was prepared and implemented. This study included advice and assistance in establishing monitoring equipment and procedures. Regular visits to the operational vessels were made to check on compliance with allocation conditions and to verify good dredging practices in order to minimise the environmental impact. Advice was provided on practical mitigation measures that could be adopted by the dredging contractor. Description of the consulting services.

Dredging studies related to sand extraction and mud disposal
In February 1996 after international competitive tender DEMAS were awarded a follow-on contract to provide expert advice on dredging and related matters to the Fill Management Division. Sand reserve assessments of sand resources in Chinese waters were carried out to establish future potential supplies for several major new reclamation projects currently under consideration in Hong Kong. The environmental impact of dredging continues to be an important issue especially in the consideration of future development of marine borrow areas. DEMAS continued to provide the dredging process input for the Environmental Impact Assessment required for the modelling associated with the proposed Eastern Waters Marine Borrow Areas.
The third in a series of plume monitoring test was executed during trailing suction hopper dredge works at South Tsing Yi. Results support earlier findings which suggest that the decay of the plume is much more rapidly than visual observation would suggest. A review of the management of the two open sea disposal areas used for non-contaminated mud disposal was carried out which compared practices adopted in other countries and examined current practices to ensure conformity with international agreements and conventions.
Download project sheet 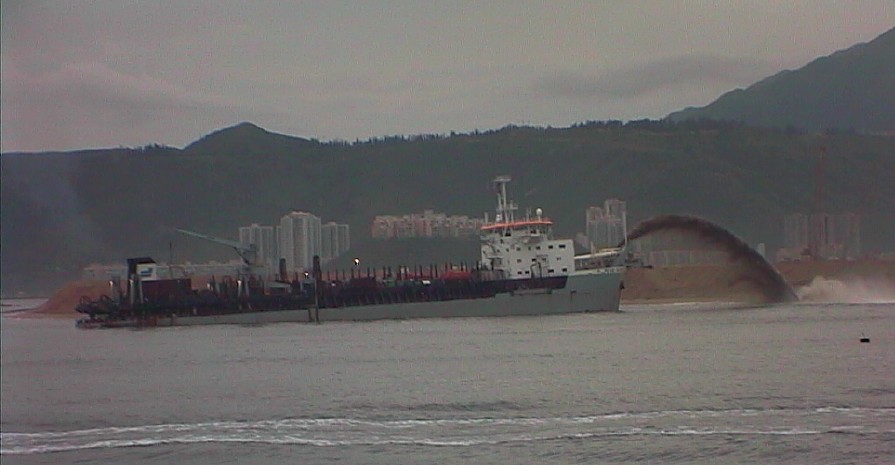 Detailed design of Container Terminals (CT10 & CT11)
DEMAS was engaged as a sub-consultant to Maunsell Consultants Asia Limited to provide expert dredging advice for the detailed design for Container Terminal 10 and 11. The support comprised advice on working methods related to placing of sand as a blanket on top of soft silt and clays. Production and cost estimates of dredging and disposing of unsuitable material and dredging and placing of sand were other issues addressed. In all issues raised by the client the environmental effect of the operation was of major consideration.

"Fill Management Study, Phase II", Dredging study and advise on marine borrow areas
From 1990 up to 1995 DEMAS assessed the dredgeability of Marine Fill Resources for the reclamation of vast areas in Hong Kong and assisted the Fill Management Division (FMD) of the Geotechnical Engineering Office (GEO) of the Civil Engineering Department (CED) of the Hong Kong Government. DEMAS provided the dredging process input for the Environmental Impact Assessment for a number of marine borrow areas. Plume Tests were executed for the GEO to quantify the overflow of trailing suction hopper dredgers during the exploitation of MBA's and to monitor the dispersion of the plume resulting from the suspended solids entering the water through the overflow.
Download project sheet
Top

Cordova reclamation
DEMAS assisted Malayan Integrated Industries Corporation in the preparation of a large reclamation project on the southern tip of Mactan Island in Cordova. DEMAS prepared specifications for the set up of a soil investigation and seismic survey and guided the client in the execution of the site investigation.
Furthermore, some preliminary budget cost estimates were prepared for the reclamation works and for the sea defence works.
Top

Vietdredge Joint Venture
DEMAS provided the Executive Director for a joint venture with three leading Vietnamese Government owned dredging companies on behalf of a Dutch consortium, "Port & Delta Consortium bv" which consists of the Dutch Ministry of Inland Water Transport, four Dutch dredging companies, the NEDECO consultancy group and IHC, a shipbuilder. The Dutch consortium in joint-venture with the leading Vietnamese dredging companies is known as Vietdredge Joint Venture.
The Executive Director, who is based in Hanoi, provides on-the-job assistance, operational and technical advice to his Vietnamese counterparts on the operations, the maintenance and upgrading of their dredging fleets. The Government of Vietnam wishes to meet the growing demand for deeper entrances to the Countrys ports and large safe areas of reclaimed land for new developing industries by co-operating with foreign companies.
The DEMAS consultant, amongst other duties, acts as liaison between his Vietnamese counterparts and sources of technology available in the consortium.
Download project sheet
Top